Richmond Council voted to reaffirm its stance against Heathrow expansion last night, in a motion criticising the airports proposal to add an additional 25,000 flights a year, prior to expansion.

At the full Council meeting, members from all political parties were united in agreeing that the proposals were unacceptable and would prove disastrous for Richmond upon Thames.

The consultation also includes information about future ‘design envelopes’. This is information regarding where new flight paths needed to accommodate airport expansion could go over London and beyond.

The impact from the additional flights, should the airport be expanded, would be felt across the whole borough, as curving flight paths may impact on areas that haven’t been impacted by aircraft noise before.

Currently most aircraft noise from approaching aircraft is concentrated over the north of the borough including Barnes, Kew and Richmond.

The consultation document is available online at the Heathrow consultation website. The material includes a postcode checker which enables residents to see whether their home is likely to experience noise from arrivals or departures from an expanded airport.

“We have been repeatedly calling for information on noise impacts for years. Indeed, MPs should have received the information well in advance of making their decision on expansion.

“But, what is clear is that this 25,000 is just the tip of the iceberg. An extra runway would mean an additional 260,000 flights a year. That is unacceptable for our health, our sleep and our environment. It will ruin the lives of thousands of people.

“I urge residents, go online and do the postcode search of your home. Then have your say.” 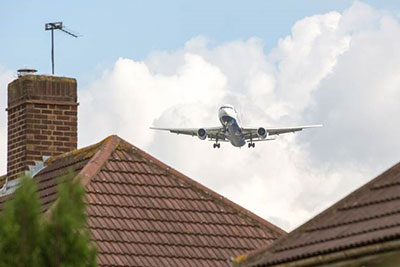