A Public Space Protection Order around the BPAS Clinic in Rosslyn Road, Twickenham will come into force today, Monday 1 April 2019.

It follows the agreement at Full Council on Tuesday 5 March 2019 to make a PSPO, following recommendation for approval from the Council’s Regulatory Committee on Wednesday 6 February 2019.

The PSPO will see the following activities prohibited in the area around Rosslyn Road BPAS Clinic:

A person found to be in breach of the PSPO by a police officer will be liable to a fine of up to £80. Persistent breaches and/or non-payment of fines could result in prosecution in a local magistrates court, where magistrates could take further action.

“The Public Space Protection Order around the BPAS Clinic in Rosslyn Road is now in force following extensive consultation and approval by both Full Council and the Council’s Regulatory Committee.

“It will hopefully address the concerns expressed over a number of years by the users of the BPAS Clinic, staff in the area and residents in the vicinity of Rosslyn Road about the protests and vigils being held outside the Clinic.

“We believe the PSPO strikes the right balance, protecting the rights of patients and staff in the BPAS Clinic to use the services and go to work without fear and in privacy.”

A six-week long formal consultation held in 2018 seeking views on the introduction of a PSPO received over 3,000 responses.

More than 80 per cent of respondents to the consultation agreed or strongly agreed that the behaviour around the BPAS Clinic in Rosslyn Road had a detrimental effect on them or others in the local area.

Additionally, 80 per cent supported the proposal to bring in the PSPO and the buffer zone, rising to 88 per cent of those who are directly affected.

This Order will expire at midnight on 1 April 2022. 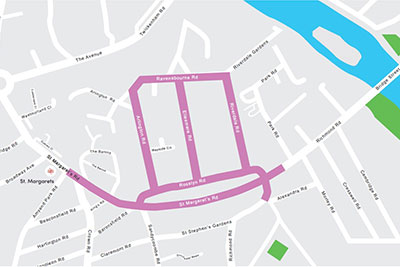