Mayor of Richmond upon Thames, Cllr Geoff Acton joined a small number of delegates from the Chilean Embassy at O'Higgins Square in Richmond to mark the birth of one of the key figures in the Chilean independence movement and head of the country's first national government. Wreaths were laid in front of a bust of him which stands above an elegant concrete monument designed by Chilean architect Marcial Echenique.

Bernardo O’Higgins lived in Richmond for two years whilst he studied at Clarence House in The Vineyard, which used to be a private school.

"It was great to welcome the Chilean Ambassador and Military attaché to Richmond for a live ceremony celebrating an important Richmond resident and a Chilean hero. We also enjoyed a celebratory lunch at the Cavalry Club with other distinguished guests and look forward to many future occasions." 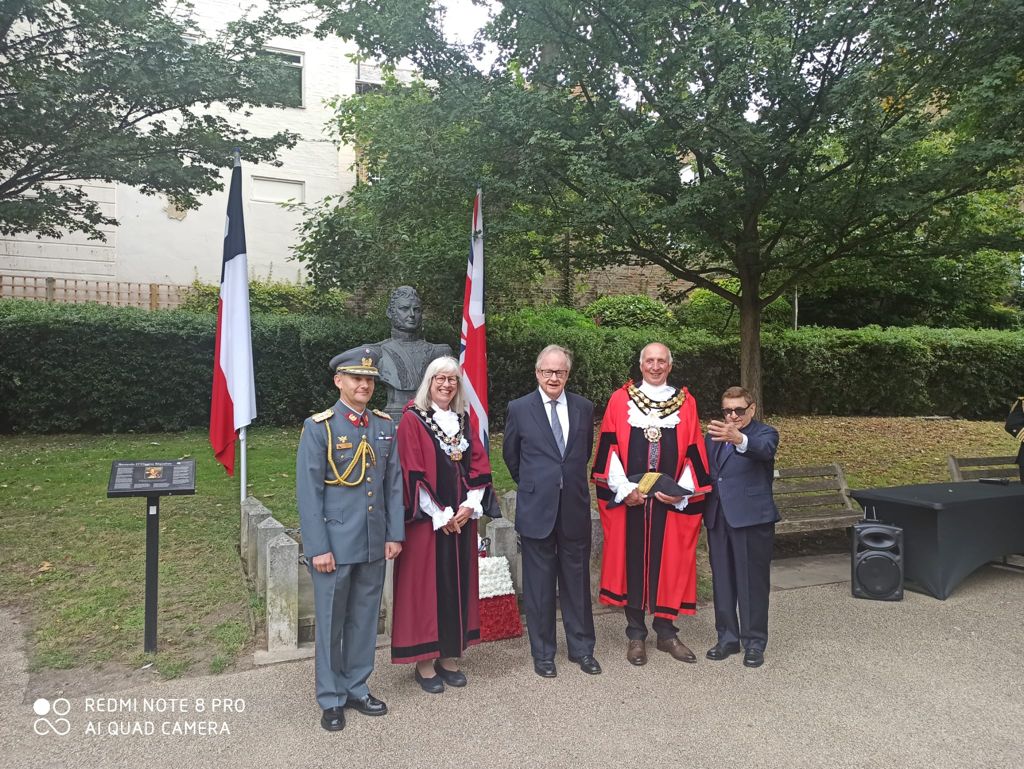