On Sunday 5 September, the Deputy Mayor of Richmond upon Thames Cllr Suzette Nicholson unveiled a new town twinning sign which welcomes visitors to Richmond and highlights the borough’s international partnerships.

The Middlesex Yeomanry Concert Band entertained up to 100 REA members and local residents who were in attendance and picnicked in the park before the unveiling ceremony.

The programme of English, French and German music included the Can-Can, songs from Cabaret and works by Vaughan-Williams and Beethoven. REA members distributed information about our twin towns to picnickers, passers by and even passing motorists, who stopped to see what was going on.

Throughout the performance the huge new sign was draped with the flag of Konstanz. At 4 pm REA chairman, Alan Mockford, introduced the Deputy Mayor, who addressed the assembled throng before unveiling the impressive cast iron sign while the band played 'Ode to Joy.'

In the autumn a service tree of Fontainebleau will be planted on the common by the sign. As the name suggests, these trees originate from the world famous forêt de Fontainebleau, with whom Richmond has been twinned since 1977.

Find out more about the unveiling 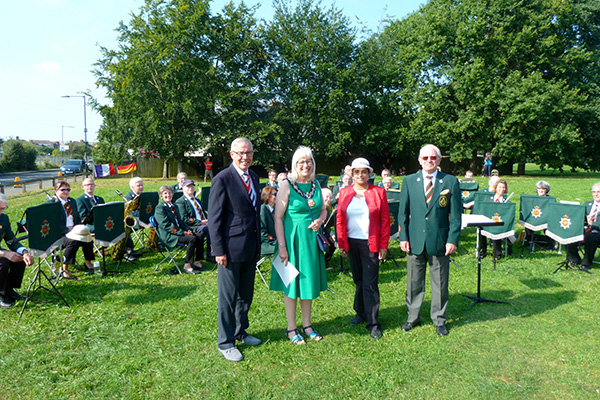 Community news on behalf of The Richmond in Europe Association