Heathfield Recreation Ground has today (14 October) been recognised by the Green Flag Award Scheme as one of the very best parks in the country, increasing the number of borough parks with a Green Flag Award to 20.

The Green Flag Award Scheme began in 1996 as a way of recognising the importance of parks and green spaces and encouraging the provision and attainment of high environmental standards. The award measures a whole range of aspects associated with the management of parks including facilities, maintenance and community engagement.

“Over the past six months our parks and open spaces have been more important than ever. Our parks team, contractors and Friends groups have worked relentlessly to ensure that despite a huge rise in people using our green spaces, they have been welcoming to all.

“To celebrate our new Green Flag Award and recognise the contribution of all those who have made it happen, we will tonight be lighting York House green.”

Joan Gibson, from the Friends of Heathfield Recreation Ground, said:

“We are delighted that Heathfield Recreation Ground has received a well-deserved Green Flag Award. This is thanks to the care and attention given to our parks by our partners; the Council parks team, Continental Landscapes, TCV and you, our local residents who care for and enjoy the rec.”

Successful parks and green spaces are awarded a Green Flag for a year, after which they have to re-apply to retain the award. A park or green space must at least maintain and ideally improve upon previous standards to be guaranteed a subsequent award.

Following an extensive external judging regime, the London Borough of Richmond upon Thames has been re-awarded all 19 of its Green Flags and gained a new Green Flag for Heathfield Rec, bringing the new total to 20.

The 20 Parks recognised by The Green Flag Awards were: 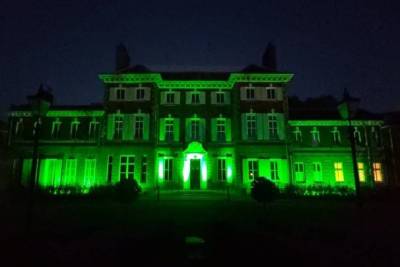