York House exterior to be restored

York House in Twickenham will be benefiting from some restoration works over the next few weeks, repairing damage that has occurred to the external façade as result of weather damage over recent years.

York House, which is located on Richmond Road, is a Grade II*, historic building that currently serves as the municipal buildings for Richmond Council.

Works commenced on Monday 19 October 2020 and include the repair and redecoration of the exterior and interior window frames. In addition, restoration works will be undertaken on the famous Naked Ladies fountains in the gardens, including the removal of moss and foliage.

"York House is one of the most prominent buildings in Twickenham. Not only is it now home to the democratic heart of the local authority, but it is also used for weddings and other registry services. The exterior has sadly become a bit tired and run down over the past few years, and so these much-needed restorations will bring it back to its former glory."

The central portion of the building dates to the 1630s and derives its name from the Yorke family, owners of farming land in the area. It was built for Andrew Pitcarne, a courtier of King Charles I.

Since then it has passed through several owners, but the last private owner was Sir Ratan Tatan, a major industrialist in India. After acquiring the house in 1906 he had the riverside section of the gardens largely laid to lawn as an Italian style garden; which was a setting for garden parties and to show off his new grand statues. In 1923 it was acquired by Twickenham District Council and then in 1965, Richmond Council. 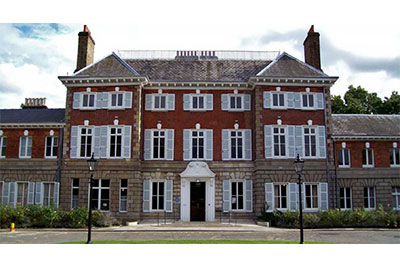