Renewal of orders to protect our parks and open spaces

Following a public consultation, two local Public Space Protection Orders (PSPOs) which aim to address antisocial activities in public spaces in the borough have been renewed.

One of the PSPOs focuses on antisocial behaviour and tackling nuisances such as excessive consumption of alcohol, public urination and defecation, and damage to land. Dropping or depositing litter on any open land is already an offence under the Environmental Protection Act 1990. The other PSPO focuses on responsibilities relating to dogs, including the number of dogs that can be walked at a time by one person.

The current orders have been in place since October 2017 when they were introduced to tackle persistent problems in many of our public spaces. After three years, the orders have come up for renewal, and on this basis the Council has consulted with residents, landowners and the Police on the proposals to renew them.

The orders set out a number of controls to cover unreasonable behaviour such as consumption of alcohol where it may cause a nuisance to others, use of BBQs, unauthorised entrance into parks, dog fouling, public urination and defecation, and the use of drones.

"We all know how important our parks and open spaces are. These orders help to make sure they are safe places for all to enjoy.

"Most park visitors are conscientious; however, a small minority are not, and this can spoil the enjoyment for everyone else.

"Public Space Protection Orders act as a deterrent to anyone tempted to misbehave. Our hardworking Park Guard team have found the PSPOs invaluable over the past year in educating the small minority who flout the rules – and those who do not heed their advice can be fined. 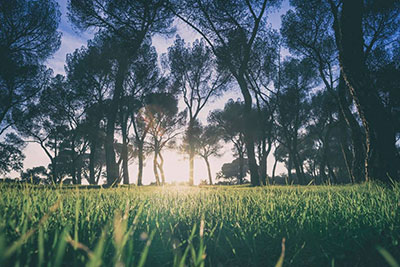