The Leader of Richmond Council has written to the Government to slam their request that the congestion charge zone be expanded to the suburbs and a new Council Tax precept be introduced to cover the financial bailout of TfL.

As part of a deal to provide emergency funding to Transport for London (TfL), the Government has asked that the deal be contingent on the expansion of London’s congestion charge zone. This is in additional to the plans to axe free travel on TfL services for those aged under 18 and older passengers.

At the same time, the Government have asked the Mayor of London to introduce a new Council Tax precept, to help plug the TfL gap.

Currently, the congestion charge operates in central London, covering the same area as the capital’s ultra-low-emission zone (ULEZ). ULEZ will be expanding to cover a wider area in October 2021 - including areas around the North and South circular in Richmond.

If the congestion charge zone is also expanded, this will result in additional charges for residents wanting to travel across the borough, including to Townmead Waste and Recycling Centre.

Cllr Gareth Roberts has written to the Secretary of State, Grant Shapps MP to voice his concerns regarding the proposals. In his letter, he said:

“I would like to place on record my administration's opposition to these additional measures which will place an intolerable, additional financial burden on the vast majority of borough residents, many of whom are also facing additional, future cost burdens as a result of the condition you placed on an earlier financial bailout requiring the withdrawal of the free travel subsidy for the Under 18s.

“It is completely unacceptable that both of these measures, which it is claimed are necessary to fill a funding gap for a service which covers all of London and benefits all Londoners, will be selectively applied.

“Not all Londoners will live in the proposed extended Congestion Charge zone, yet those that do will have an additional tax burden if they do not qualify for an exemption. And commuters who live outside of the Greater London area, and are therefore not liable to pay any additional Mayoral Precept, will be effectively subsidised by all Londoners, including some of the very poorest households in the capital.”

Cllr Roberts concluded his letter by noting that the suggestions that the Mayor could choose whether or not to accept these conditions in return for the bailout was ‘fanciful’ and called on Mr Shapps to ‘take the lead and remove these conditions unilaterally’. 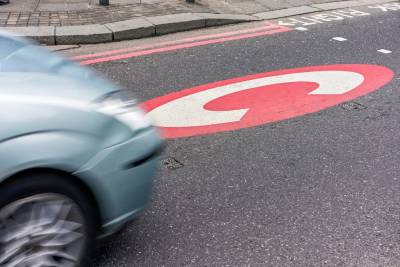