As a consultation launches on revised proposals for parliamentary constituencies, the public have until 5 December 2022 to have their say.

The Boundary Commission for England has published new revised proposals for constituencies across the country and opened a final consultation, giving the public a last opportunity to send in their views.

The Commission has taken into consideration over 45,000 comments sent in by the public during the previous two stages of public consultation, and has changed nearly half of its initial proposals based on this feedback. A third and final consultation on the new map of revised constituency proposals is open now until 5 December. The public are invited to view and comment on the new map.

After this final consultation has closed, the Commission will analyse the responses and form its final recommendations. These will be submitted to Parliament by 1 July 2023.

Find out more and have your say. 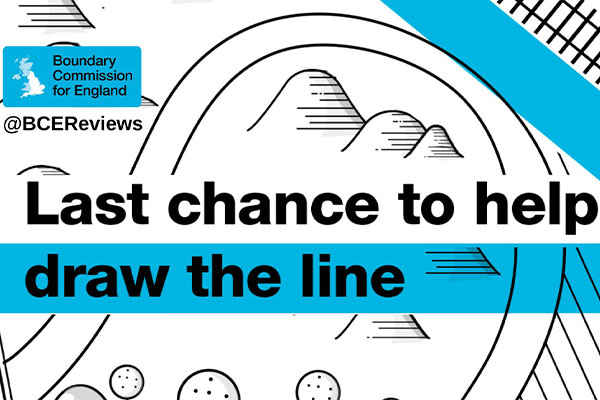