Harlequins have announced that they have partnered with the charity Tickets For Troops to offer free tickets.

Harlequins is joining forces with the military charity Tickets For Troops to offer free tickets to members of the UK’s Armed Forces, in recognition of their efforts in keeping us safe and secure.

The Club will make tickets available free of charge for both men’s and women’s matches wherever possible as part of the partnership with the charity which was set up in 2009 and has given over 1.6 million tickets away for sports, theatre and music events since its launch. 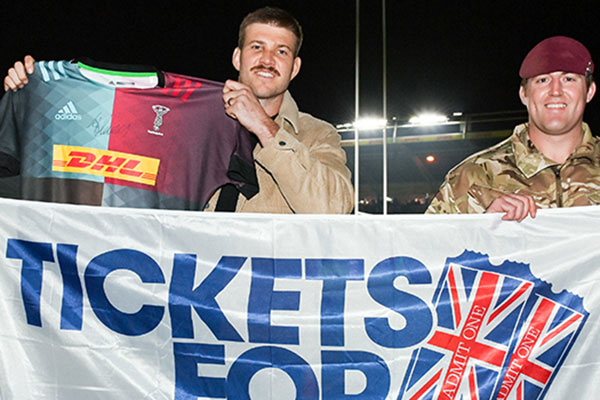 Community news on behalf of Harlequins