Reassurance after reported incident in Ham

Residents are encouraged to be calm and not worry, following an alleged report of a child abduction in Ham earlier this week.

On Monday afternoon, there was a report that a child had been approached by an adult in Ham.

Police officers have spoken with the child and a family member and are conducting a thorough investigation to establish the full circumstances of what happened. No injuries were reported, and officers do not believe at this stage this was an attempted abduction.

There have been no arrests at this time and enquiries are ongoing.

This week the local Police have conducted reassurance patrols in the local area, and have been liaising with local schools.

“We know that when there are incidents, rumours spread on social media and Whats App groups like wildfire. Sometimes this is helpful and other times - not so.

“I have spoken to the Police and they currently believe that this was NOT an abduction. However, that is not to say that families should not be vigilant. Our children and young people’s safety is everyone’s responsibility. It is prudent to remind your children about being safe during their journeys to and from school such as travelling with other people where possible, ignoring any requests to get into vehicles with persons that they do not know, keeping to public areas where possible and drawing attention to themselves or going into a public place such as a shop to ask for assistance if they feel threatened."

“We have spoken to the child and the family and conducted a full investigation. We do not believe there was an attempted abduction at this time.

“Anyone who may have information about this incident is encouraged to call police on 101 and quote CAD 4863/09NOV20.” 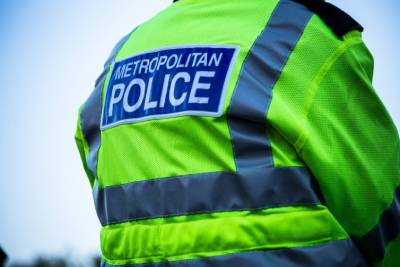