The new Mayor of Richmond upon Thames and her chosen Deputy were formally announced following Tuesday's Full Council Meeting.

Cllr Julia Cambridge, a Liberal Democrat councillor for East Sheen, becomes the 57th Mayor of the borough and will serve a 12-month term.

She has chosen to raise money for local charity Ruils Independent Living during her Mayoral term. Ruils supports disabled children and adults and people with long term health and mental health conditions to live independently, be part of their community and to live life to the full. They provide information, advice, advocacy, befriending and activities to our clients and their families.

Cllr Cambridge has lived in the borough with her family since 2007 and has served as a councillor since 2019. She previously served as the Deputy Mayor of the borough in 2020/21. After a career in arts and fashion, she took early retirement to focus on supporting her community through voluntary work and as a ward councillor.

As a councillor she has taken a keen interest in children's services, serving as Vice-Chair of the Childrens Services and Education Committee in 2021/22.

Cllr Cambridge will be supported by her daughter, Blue Bates Cambridge, who shall be her consort. Cllr Rhi Lee, from South Twickenham ward, will serve as Deputy Mayor.

"Ruils have always shone a light on the barriers we need to break to create a level playing field for every member of the community. As a successful organisation they have provided exceptional programs for disabled people and its specifically on their help with children and young people that I hope to focus on.

"Next year will mark 20 years since Ruils became a charity, so it seems fitting to celebrate this by highlighting their work and raising funds to help them."

"We are absolutely delighted to be chosen as the Mayor's charity. Working with Cllr Cambridge will enable us to support more young people with additional needs to get the right start in life - an important step towards living independently."

Cllr Cambridge replaces Geoff Acton who has served as Mayor since 2020.

Find out more about Ruils. 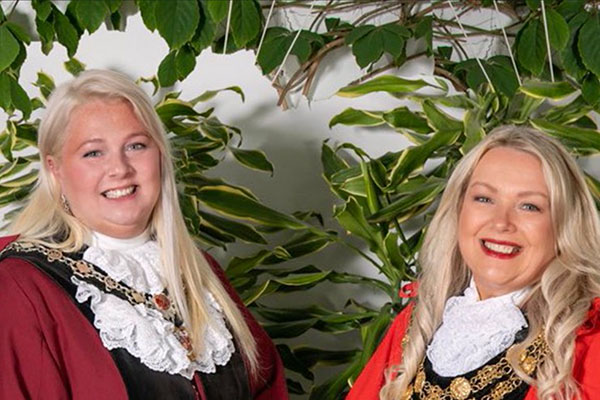