Richmond upon Thames Mayor to serve for second year

Cllr Geoff Acton has been formally sworn in as Mayor of Richmond upon Thames for a second year, at last night’s Annual Council meeting.

Cllr Acton, originally from Manchester, represents St Margaret’s and North Twickenham for the Liberal Democrats and has lived in the Borough since 1998. Cllr Acton has been a Councillor since 2006, he was Deputy Mayor in 2008-2009, Business and Economics Lead from 2018 to 2020 and became Mayor of the Borough in 2020.<

Cllr Acton is serving as Richmond Mayor for a second year, after the COVID-19 pandemic impacted the opportunities for him to raise money for his chosen charities - Habitats and Heritage (previously the South West London Environment Network) and Dose of Nature. This is the first time a Mayor has served a second term since the Borough was formed in 1965.

The charities were chosen to raise awareness of the impact of Climate Change and Biodiversity Loss within the Richmond upon Thames, and the practical and realistic steps local residents and businesses can take to make a positive difference. This will support the borough’s objective to become carbon neutral by 2030.

Habitats and Heritage enables and empowers residents and communities to work together to protect and enhance the environment in South-West London.

Dose of Nature is a mental health charity that improves the mental health and wellbeing of individuals through increased engagement with the natural world.

"I am honoured to have been asked to remain Mayor for a second year. As we all keep hopeful about moving into COVID-19 recovery, I am looking forward to getting out and about much more and working hard to make sure the borough recovers as strongly as possible.

"I am delighted to be able to support my chosen charities again this year. The pandemic has shown us the importance of nature and the outside world, particularly the effect it has on our personal wellbeing and mental health. I imagine many of us took it for granted before the pandemic. I hope that during my second mayoral year I can introduce people to the excellent work of these charities and show how people can more actively get involved with preserving our local natural environment."

Cllr Suzette Nicholson, a councillor for Hampton, will serve as Deputy Mayor. 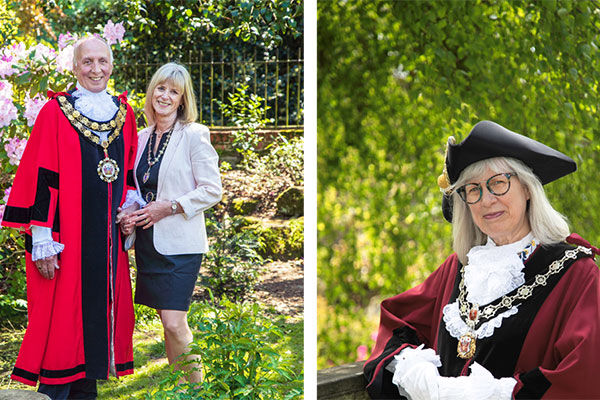