Richmond Council is launching a 'Caught on Camera' campaign at recycling sites across the borough to deter and identify fly-tippers, following approval by the Environment, Sustainability, Culture and Sports Committee on Tuesday 21 June.

The Council provides a number of public recycling sites, with some sites attracting repeated incidences of fly-tipping. CCTV has been trialled at several sites and has had a deterrent effect in reducing incidents of fly-tipping and Fixed Penalty Notices being issued where fly-tippers have been identified.

This type of approach has proven successful in a number of other London boroughs, including Barking and Dagenham with their 'Wall of Shame' campaign. The Caught on Camera campaign will publish video and images of fly-tipping on the Council's website and ask residents to help identify the perpetrators.

The locations of the cameras will be based on previous fly-tipping reports, resident complaints and intelligence from Council officers and contractors. Signs will be placed in these areas notifying residents that CCTV cameras are operating in the area and all footage will be collected lawfully.

The campaign will be monitored to understand reduction in fly-tipping at the sites with CCTV, but also to see if there are any adverse impacts such as fly-tipping increasing elsewhere.

The first nine sites to be targeted are:

"Fly-tipping has a detrimental effect on the look and feel of our beautiful borough as well as taking up a significant amount of Council resources. This is a warning to fly-tippers; this Council does not tolerate fly-tipping.

"Our new campaign will help us to take action on fly-tippers and prosecute those that illegally dispose of their rubbish. Anyone caught fly-tipping will be fined."

Residents can report incidents of fly-tipping directly to the Council. 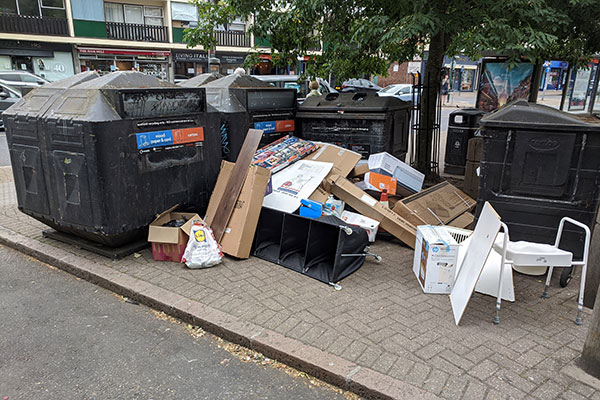