Richmond Council has raised the rainbow flag outside the Civic Centre in Twickenham, to show unity with the LGBTQ+ community during Pride Month.

Lesbian, Gay, Bisexual and Transgender Pride Month (LGBT Pride Month) is celebrated annually in June to commemorate the 1969 Stonewall riots in the United States, and works to achieve equal justice and equal opportunity for lesbian, gay, bisexual, transgender, and queer (LGBTQ+) people around the world

A proud supporter of the LGBTQ+ community in the borough, the Council is again marking the celebration of diversity by raising the rainbow flag for the whole of June.

Due to ongoing government restrictions due to COVID-19, most Pride events in the UK have been cancelled or postponed until September 2021.

“Flying the flag above the Civic Centre sends out a clear message in support of the LGBTQ+ community who live, work in or visit the borough.

“We want all our residents and communities to know that we are here with them, we support them, and we are committed to working together to make sure Richmond upon Thames is a place where people feel safe, free from discrimination and proud to be themselves.” 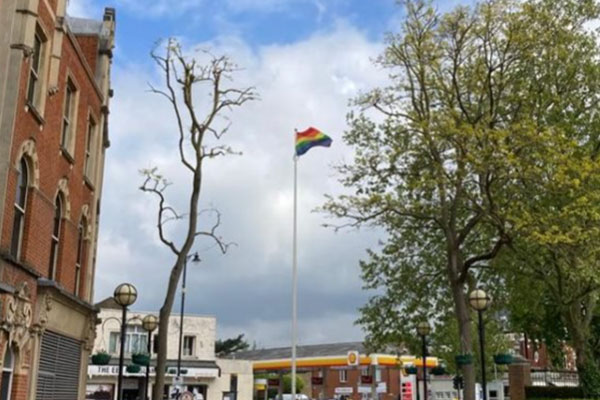