The Leader of the Council, Cllr Gareth Roberts, has sought to reassure residents of Whitton ward that Whitton will remain in the London Borough of Richmond upon Thames whatever the outcome of the latest consultation on parliamentary constituency sizes currently being conducted by the Boundary Commission for England.

Under proposals published, the residents in the Whitton ward, who currently vote for their MP in the Twickenham constituency, will be moved to the parliamentary constituency of Brentford and Isleworth. This proposal would have no impact on local elections, residents in Whitton would still vote in Richmond Council elections, pay their Council Tax to Richmond and receive local services.

"I know these proposals are causing concern for many local residents, particularly in Whitton ward, who feel Whitton has a strong tie to Richmond borough. It is important that those residents understand that these proposals would only impact Parliamentary elections. Those who live in the Whitton wards would still live in Richmond upon Thames, and still would receive services from Richmond Council.

"This is a decision about the Parliamentary Seats, it doesn’t affect the size or shape of the Council.

"It is important for people to have their say, and I urge everyone to go to the BCE website before the deadline."

The public are now able to provide feedback on the proposed constituencies as part of an eight-week consultation process.

Our other parliamentary constituency, Richmond Park, is unchanged for all residents living in the borough although there are some changes impacting on residents of the Royal Borough of Kingston upon Thames.

There will be a further two rounds of consultation in 2022. Following the conclusion of all three consultation periods, the Commission will look at all the evidence received and form its final recommendations.

View the proposals and have your say on the online consultation portal. 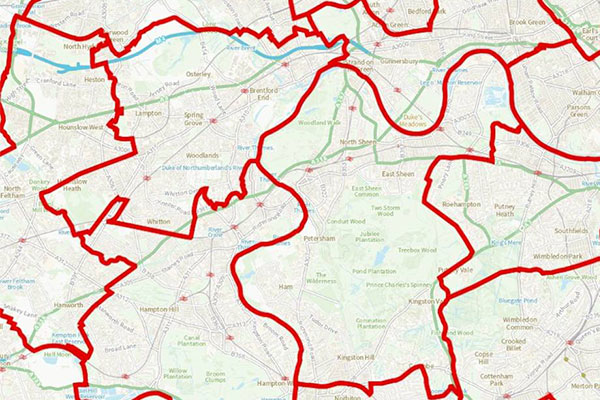