Two local community groups, River Thames Boat Project and Barnes Children's Literature Festival, have been honoured this National Volunteers Week (1 to 7 June) with the Queen’s Award for Voluntary Service, the highest award a voluntary group can receive in the UK.

The Queen’s Award for Voluntary Service aims to recognise outstanding work by volunteer groups to benefit their local communities. It was created in 2002 to celebrate The Queen’s Golden Jubilee. Winners are announced each year on 2 June – the anniversary of the Queen’s Coronation.

River Thames Boat Project is a small local charity based in Teddington, whose aim is to provide access to The Thames through two wheelchair accessible community boats Thames Venturer and Thames Discoverer. Operating on the river between Teddington and Windsor, River Thames Boat Project provides therapeutic cruises for people of all ages with disabilities and older people, as well as environmental education days for children.

Barnes Children's Literature Festival is London's largest dedicated children's books event. Founded by local families in 2015, it is
the only top tier literature festival to be completely organised and delivered by unpaid volunteers. The Festival is led by the original families, but they have since been joined by more than 150 volunteers, aged from 8 to 80, from Barnes schools, charity and community organisations.

Volunteers from both groups will attend a garden party at Buckingham Palace in May 2022 along with other recipients of this year’s Award. River Thames Boat Project and Barnes Children's Literature Festival are two of 241 charities, social enterprises and voluntary groups to receive the Queen’s Award for Voluntary Service this year – with only 21 organisations receiving the award from London.

“I am delighted that two amazing voluntary groups from Richmond upon Thames have been recognised by the Queen’s Award for Voluntary Service. It is great to see both groups being recognised for their work with such a prestigious award.

“There are so many people who give up their time everyday to help others and serve others in their community. This was seen particularity throughout the pandemic when we saw a surge in residents offering to help others in any way they could. Congratulations to the teams at Barnes Children's Literature Festival and the River Thames Boat Project for the award and their continued amazing work.”

Find out more about this year's awards, and a full list of winners. 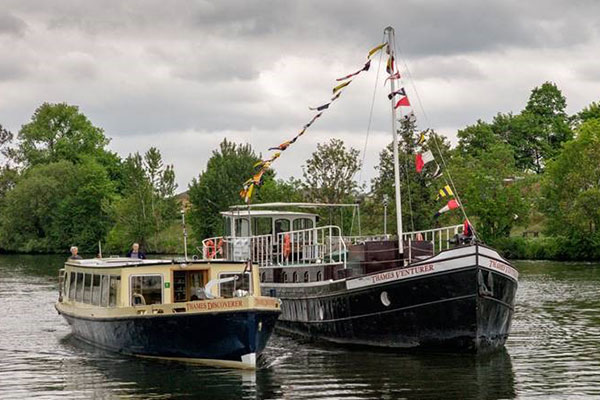