The schools received a briefing pack ahead of the event so that the students could come prepared with questions to delve as deeply as possible into each religion and belief. Students had twenty minutes to ask questions and share thoughts with each of the speakers, before returning to their own schools to share their learning with their peers.

The speakers and represented religions and beliefs were:

The SACRE sets the syllabus for Religious Education in Richmond upon Thames. It offers a starting point for schools to reflect their pupils’ beliefs and thoughts, as well as encouraging discussion through thought-provoking questions to promote understanding and cohesion of others' points of view.

The event was attended by Twickenham MP Munira Wilson, who gave an opening speech to start the event, and the Leader of Richmond Council Cllr Gareth Roberts, who closed the day with a reflection of the event.

"Tuesday's event was all about celebrating differences in belief systems and educating each other to become world citizens. Being educated about religion helps us to ask the right questions and embrace diversity. It was great to see such thought-provoking discussion and a better understanding of the different perspectives of religion and belief." 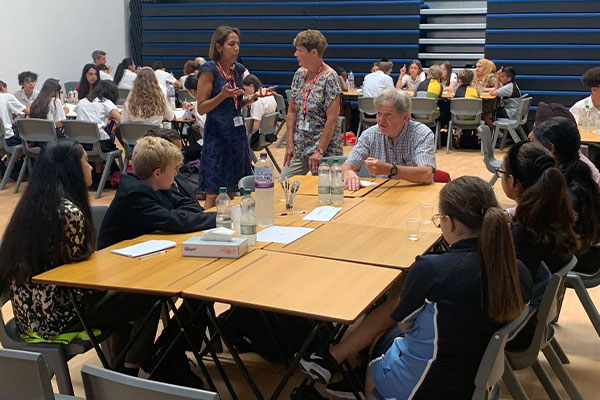