Following complaints from local residents and referrals from police colleagues over the sale of alcohol to under 18s, Hampton News and Booze in Twickenham has had its licence revoked.

In June 2021, the police carried out a test purchase operation, which proved the news agent was selling alcohol to children and requested the Council review its licence. Richmond Council’s Licensing Sub-Committee on considering the evidence made the decision to revoke the licence the following month.

The Licence Holder appealed the decision meaning the case was taken to court. However, despite the appeal lodged by the business owners; in the lead up to the court date, Richmond Council worked with the Police to address continued concerns that alcohol was still being sold to children. After a visit from the Police, it was confirmed that Hampton News and Booze was still not complying with licence conditions.

Faced with the weight of evidence to support the decision brought by the Council to the Court, the Licence Holder withdrew the appeal and agreed to pay the Council £8,000 in costs. It is no longer be able to sell alcohol.

“When the Council grants a licence, it is on the understanding that Licence Holders will act responsibly. Whilst this is largely the case in Richmond upon Thames, selling alcohol to children is totally unacceptable and will result in licences being revoked. This case shows that the Council will act appropriately and swiftly to stop Licence Holders from breaking the law.” 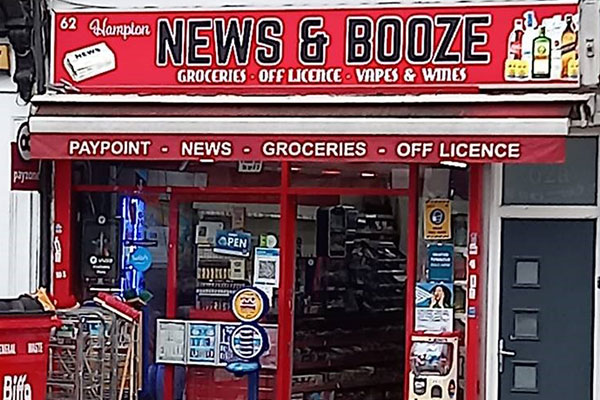