RSPB Richmond and Twickenham will host two talks next week, both online and in person.

On Tuesday 11 January Richard Baines will give a talk on Birds Of Bhutan, The Land of the Thunder Dragon. Bhutan is a paradise for birders and photographers, with 670 bird species and many more yet to be discovered. Richard's talk is a journal based on his recent trip featuring a range of speciality birds and culture.

Richard is an experienced ornithologist and ecologist who has been studying and working as a nature guide and in wildlife conservation for over 30 years. This event takes place at the Hyde Room at York House in Twickenham at 2pm.

On Wednesday 19 January at 7.30pm Jonathan C. Slaght will host an online Zoom talk on the Owls of the Eastern Ice: Blakiston's Fish Owl Conservation in Russia. Blakiston's fish owl, a charismatic but endangered and little-known species endemic to northeast Asia is the world's largest owl. Jonathan, an American wildlife biologist and author, is an expert on the species, having spent a lot of time in the wilds of the Russian forest studying the owls' ecology and conservation.

As well as describing the owls, the region they are found in, and ongoing conservation efforts, this talk will give us a real flavour of the challenges of undertaking field work in such a remote area and the adventures encountered on the way. Jonathan will be speaking to us from Minnesota, where he lives.

Find out more about the talks and book your place. 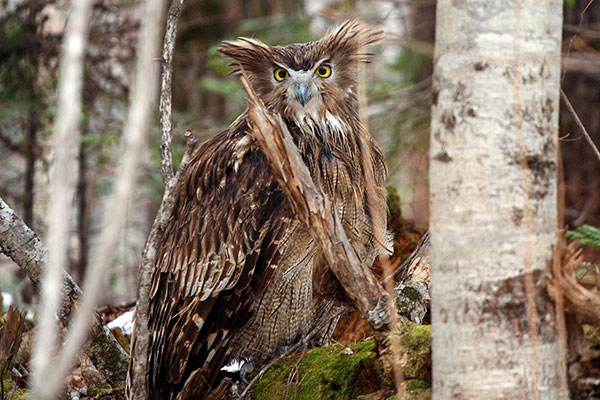 Community news on behalf of RSPB Richmond and Twickenham