Ben Hur by Patrick Barlow comes to the Mary Wallace Theatre on Twickenham's Embankment, from 22 to 29 January.

The novel 'Ben Hur, a Tale of Christ' by General Lew Wallis first appeared on film as a short silent feature as early as 1906. The 1926 masterpiece, starring Ramon Nabarro, boasted "a cast of thousands" and was the most expensive silent ever produced. The extravagant wide screen, Technicolour, $16 million epic by Metro-Goldwyn-Mayer in 1956 starred Charlton Heston and a cast of tens of thousands, employed over 200 camels and 2,500 horses and won eleven Academy awards.

And now a doughty cast of just four actors on an 18-foot stage (and on a severely reduced camels and horses budget) will attempt to recreate this epic - including of course The Entire Roman Army, The Battle at Sea and The Chariot Race - for your wonder and entertainment.

Join them and marvel at how these dazzling feats of imagination are achieved by their dauntless quartet, live, onstage, every evening and before your very eyes!

Ben Hur by Patrick Barlow plays at your own riverside venue, the Mary Wallace Theatre on Twickenham's Embankment, from 22 to 29 January at 7.45pm with a 3pm matinee on Sunday 23 January. 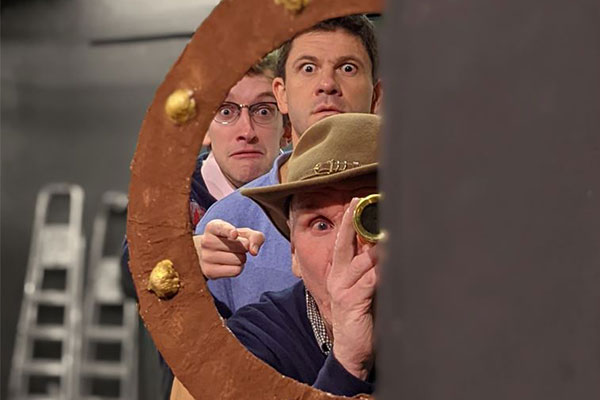