Powerjam celebrates 60 years of the borough's rock and pop heritage

As part of a series of Rock’s Diamond Year events, The Crawdaddy Club will be taking the local area's rich music heritage into the future by celebrating the new generation.

2022 marks 60 years since the musical revolution that defined British Rock and spread further at The Crawdaddy Club with resident bands like The Rolling Stones.Local talented young bands ages 9-18 from Powerjam, the not-for-profit band project, who have also been selected to perform in New York City at the first-ever International Teen Rock Festival this year. Powerjam's young bands and musicians have achieved over 250,000 streams of their singles released since 2020 through Powerjam recordings (a label that allows its young musicians to retain full copyrights to the songs).On Friday 25 March 2022, at the legendary Crawdaddy Club, they will be performing alongside veterans who were deeply involved in the area’s global influence on popular music in the Sixties: Paul Stewart.Powerjam is a unique not-for-profit project and charity based in Twickenham and Richmond for both budding and serious young musicians aged 9-18 helping young musicians and bands with rehearsals, song writing sessions recording, marketing, and releasing music,For tickets and more information visit Powerjam website or check out their YouTube page. 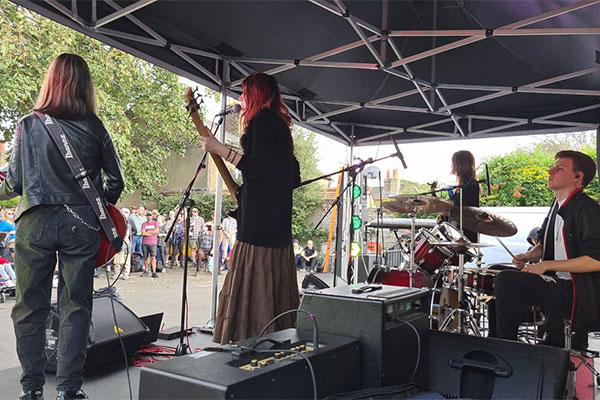