Councils opposed to Heathrow expansion say today’s Supreme Court ruling changes nothing and called on the airport to abandon once and for all its bid for a third runway.

Richmond and Wandsworth councils urged Heathrow to concentrate on working with the aviation industry to achieve zero carbon emissions and an end to night flights.

The ruling addresses the Transport Secretary’s decision in 2018 to press ahead with giving support to expansion at Heathrow when drafting the Airports National Policy Statement (ANPS) despite the recommendations on climate change contained in the 2016 Paris Agreement.

Judges said today he was entitled to do this as the Government’s commitment to the Paris Agreement setting out the emissions targets did not constitute government policy.

Last week the Committee on Climate Change (CCC) heaped further pressure on aviation to reduce emissions. It said there should be no net expansion of UK airport capacity ‘until the sector is on track to sufficiently outperform its net emissions trajectory and can accommodate the additional demand.’ It further called for a net zero target for UK aviation.

"COVID has changed everything. Even Heathrow’s chief executive has admitted that a new runway would not be needed for years due to the pandemic.

“The Government must now urgently review where future capacity is most needed – but this must be based on its commitments to legally-binding emissions targets and a UK-wide approach that properly reflects regional priorities.

"The Council’s priority is to protect the environment for its residents and achieve measurable and lasting improvements in their quality of life.

"This means a permanent end to night flights and the adoption of tougher measures to limit noise impacts. This should include rejecting the practice of ‘route concentration’ as a means of squeezing in more flights over densely populated areas. All this does is both increase noise and emissions.

"As local councils we want the industry to get back on its feet. This doesn’t mean a return to the days of uncontrolled expansion. Those days are gone. Heathrow, like the rest of the sector, has to work within the context of legally binding emissions targets and heightened public awareness of environmental impacts.”

"The ruling does not give Heathrow a green light for a third runway. It says nothing about how expansion could be delivered in the face of legally binding emissions targets.

"The world has changed since Chris Grayling’s decision in 2018. Heathrow will never be able to build a third runway. It’s time for the airport to admit defeat and put all its energy into working with the aviation industry to achieve the net zero goal.

"Local people have lived with the threat of expansion for years and the added noise, congestion and air pollution this would bring.

"The airport should own up to the damage it has caused to people’s lives and start making serious efforts to reduce the local noise impacts for people living under the flightpath.

"They could begin by telling the Government that is willing to phase out all early morning arrivals. These are the night flights that disrupt people’s sleep and put their health at risk."

The Department for Transport launched a new night flights consultation last week. At this stage it is proposing no changes to the numbers of aircraft currently arriving before 6am.

The councils also called for a complete rethink of how noise is measured so that it can fairly reflect the annoyance suffered by individual communities.

The night flights consultation runs until March 3, 2022. The council will publish its detailed response early in the New Year.

The Supreme Court today agreed with Heathrow that the then Secretary of State acted lawfully when considering the impact of the Paris Agreement but confirmed that HAL would be now be bound to comply with the UK’s revised carbon targets when and if it seeks to obtain planning permission for a third runway.

A group of local councils – Wandsworth, Hillingdon, Richmond upon Thames, Hammersmith and Fulham and Windsor and Maidenhead together with the Mayor of London and Greenpeace– had challenged the ANPS alongside environmental groups Plan B and Friends of the Earth. 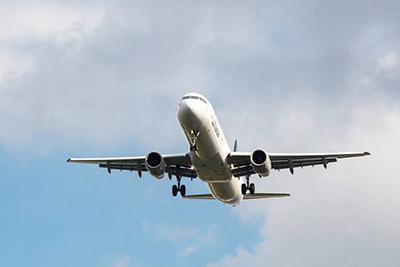