You can make a donation at the Mayor's JustGiving page.

The Mayor of Richmond invites you to a game of golf at Strawberry Hill Golf Club. Morning and afternoon sessions are available starting from 8am and 2pm in groups of 4 people. 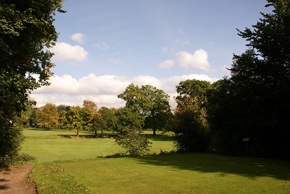 As well as attending a charity event, you can also donate to the Mayor’s charities by:

Thank you. Any donation is gratefully received and will be passed directly to the Mayor’s charities at the end of each municipal year.