Air quality and traffic numbers are being monitored by Richmond Council to help understand the impact on air quality and congestion, as a result of the Royal Parks Movement Strategy trial.

Last month, Royal Parks launched a trial to create new car-free spaces in Richmond and Bushy parks and reduce the volume of through-traffic.

Whilst Richmond Council is generally supportive of the wider ambition of protecting the environmental and scientific status of the parks, concerns have been raised locally about the impact of the changes on the wider local areas.

Responding to the trials, Cllr Alexander Ehmann, Chair of the Transport and Air Quality Committee at Richmond Council, said:

“Ultimately the management of traffic within Richmond and Bushy parks is matter for the Royal Parks. We know that a number of residents and park users wish to see reductions in the level of through-traffic using the park, but that there are also concerns about potential displacement of traffic to other areas.”

“As this is a trial, it is important that we see what impacts the measures actually have. That is why Richmond Council have agreed a network of monitoring sites that will give us an insight into the flows of traffic in areas around the parks.”

“As we’ve already said, if either of these trials result in poor air quality, a decline in road safety or additional congestion in nearby communities where our residents live and work, then they may need amendment or could even prove unsustainable.”

To support Royal Parks with their trial, the Council has agreed to carry out a number of traffic counts in key locations in the local area. This includes Park entrances, approach roads serving the parks, and expected diversion routes. The surveys will be carried out at regular points throughout the six-month trial period. The Council has also asked that TfL carry out similar study work along their roads e.g. Upper Richmond Road West.

In addition to monitoring the levels of traffic, the Council is also carrying out an air quality study. The Council has set up 15 new monitoring sites around both parks, with sensors capturing important pollutants including N02 and PM10 and PM2.5.

For more information about the Royal Parks trial, go to: www.royalparks.org.uk/movement

Monitoring includes the below locations: 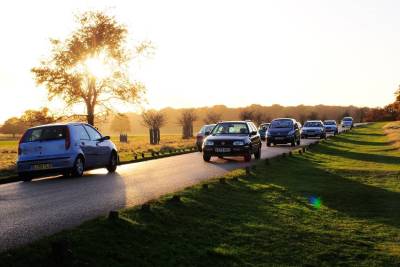