Over sixty young people from the borough, aged from under 10 years through to 17 years, made up 23 schools from across the borough took part in the London Cross-Country Championship.

Highlights of the racing included an individual silver medal for Sam Nesbitt from Grey Court School in the Under 15 boy’s race helping the team achieve an overall 3rd place.

Next up for Team Richmond in the London Youth Games will be the Cricket Qualifiers in February 2020.

"Each year, over 20,000 young Londoners take part in the London Youth Games, competing in over 30 different sports. This is a fantastic opportunity to represent the borough in one of the largest sporting events in Europe.

"Hundreds of young athletes from across the borough dedicate hours of their own time to train and prepare for this event.

"Congratulations to all those who took part in the cross-country competition and the best of success to everyone in Team Richmond for the London Youth Games!"

For more information about sports programmes in the borough, go to our Sports page. 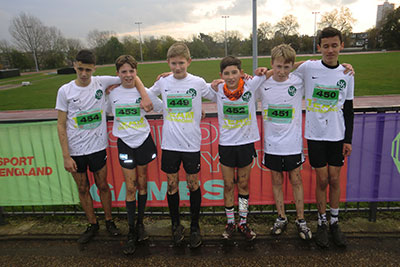