A consultation outlining the Council’s proposals on how it will make part of Twickenham Riverside car free has been launched.

Last year, following feedback from residents, the Council ran a Design Competition to find a new architect and concept design for the site, a site that includes the stretch of The Embankment between Wharf Lane and Water Lane which is to be closed to all vehicular traffic to make the most of the riverside setting.

To enable this to happen, a full review of parking provision in the area has been carried out, assessing the demand for parking. Therefore, today the Council has launched a consultation that outlines the plans to remove approximately 82 parking spaces from The Embankment area, which will be balanced through a series of measures which we would like residents and businesses to have their say on.

Although parking spaces will be removed from The Embankment itself, proposals ensure that access and servicing requirements for Eel Pie Island and nearby properties are incorporated into the new scheme, as well as the provision of accessible spaces and electric vehicle charging points.

“Over the past few years there has been a big community-led campaign to put the public realm to better community use on Twickenham Riverside by removing the parking. We have listened.

“We have done a lot of research and studies to understand how the area is currently used. We have used this information to create a series of proposals that maintain access and parking in the nearby area for those who need it – but also looks to the future.  A future where residents increasingly choose sustainable transport options, including cycling and walking.”

Have your say on the proposals.

The proposals are summarised as follows:

The servicing and access proposals are summarised as follows:

Have your say on the proposals. 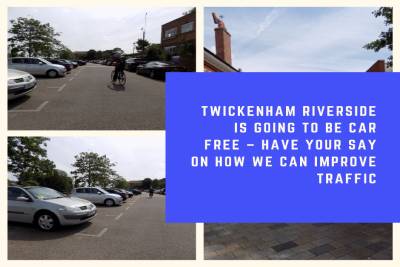