Residents are invited to have their say on the proposed renewal of local Public Space Protection Orders (PSPOs) which aim to address antisocial activities in public spaces.

The PSPO includes a limit on the number of dogs that can be walked by one person, consumption of alcohol, public urination, defecation, or damage to land. Dropping or depositing litter on any land open to the air is already an offence under the Environmental Protection Act 1990.

In Spring 2017, as a result of persistent and unreasonable problems in many of our public spaces, the Council consulted with residents, landowners and the Police on the introduction of two Public Spaces Protection Orders (PSPOs) on Dog Control and Antisocial Behaviour (ASB). These orders were introduced in October 2017. The current PSPOs expire in October and the Council is now consulting on extensions.

The orders set out a number of controls to cover unreasonable behaviour such as consumption of alcohol where it may cause a nuisance to others, use of BBQs, unauthorised entrance into parks, number of dogs that can be walked, dog fouling, public urination or defecation and the use of drones.

Since the introduction of the PSPO, the borough’s Park Enforcement Team have issued over 700 advisories or warnings and issued 44 Fixed Penalty Notices (FPNs).

"Our aim is to keep our parks and open spaces as welcoming as possible for all residents to enjoy.

"Most people are conscientious; however, a small minority are not, and this can spoil the enjoyment of our open spaces and parks for everyone else.

"Public Space Protection Orders act as a deterrent to anyone tempted to misbehave. Our hardworking Park Guard team have found the PSPO invaluable over the past few months in educating the small minority who flout the rules. The PSPO also gives powers to issue those who don’t heed their advice with a fine." 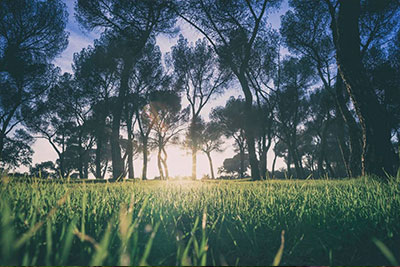 If you are a journalist and would like further information about this press release, contact Fenna Maynard on 020 8487 5182.