Council stands united against racism in the borough

Members across the Council were united last night in their support for the Black Lives Matter movement and the need to stamp out racism, in all its forms.

At the full Council virtual meeting (7 July), members discussed the public concern about ingrained institutional racism directed against Black Asian and minority ethnic (BAME) people and voted unanimously to work with the community and the local police to ensure that policing in the borough is proportionate and fair to all residents.*

“The death of George Floyd sent shockwaves around the world. His death at the hands of white police officers in America was brutal and shocking in equal measure.

“This tragic event is sadly not unique nor limited to the United States. We live in a world which is depressingly unequal, where racism, intolerance and discrimination is still rife.

“However, we need to say to all black and ethnic minorities who live, work or visit this borough that enough is enough. Racism in any form will not be tolerated by this Council, and its community leaders and senior officers say loudly and clearly Black Lives Matter.

“As a local authority we should examine our own legacy - what have we done or not done in the past and we should put right those wrongs. We must continue to make sure the policy making process and our citizen engagement does all that it can to remove barriers as we strive to make Richmond upon Thames greener, safer and fairer.

“As a local authority we must push the Government, the police force and other organisations to tackle institutional racism.

“We must also not airbrush out of history, and importantly the education of our children, the impact our country has had across the world either in the slave trade, the Empire or the Cold War. It is our history, all of it and we must own it for better or worse.

“The measure of how we deal with a tragedy should not be gauged by the immediate reaction, but whether action is implemented as a result of a tragedy.

“However, as part of our ongoing commitment to making Richmond upon Thames a fairer place to live, I hope together as a community we can say loudly and unequivocally Black Lives Matter.”

Cllr Paul Hodgins, Leader of the Opposition at the Council, seconded the motion. He said:

“The video and death and George Floyd are shocking. It showed a lack of respect for fellow human beings.

“We need to recognise the outrage - not just globally but also locally. As local representatives it is right that we make a commitment to continue to improve and push for the broad objectives that have come from the campaign. We need to ensure we eliminate racism in our communities and society. It can’t be lip service. There needs to be practical action on how we will, on a day to day basis, improve and push for fair and proportionate treatment for all residents, equality and opportunity for all. Most of all – Black Lives do matter!”

*The motion discussed and unanimously agreed at the Council meeting:

Council notes with concern the death of George Floyd and the subsequent protests;

(a) The decision to light York House purple to commemorate the tragic death of George Floyd.

(b) Public concern about ingrained institutional racism directed against non-whites.

(d) Records its support for the objectives of the Black Lives Matter movement.

(e) Pledges to work with the community and the police in Richmond to ensure policing in the borough is proportionate and fair to all residents. 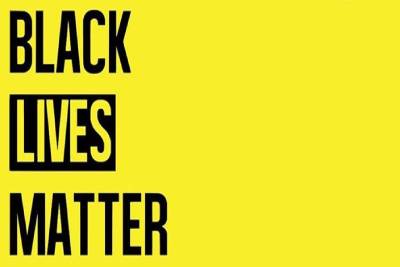