The Leader of the Council, Cllr Gareth Roberts, has warned that axing free travel for under-18s will lead to children missing out on opportunities, could cause social isolation, will increase financial hardship for many local families, will not encourage more children to walk or cycle and, in the long term, could result in the lack of normalisation of public transport meaning another generation will become dependent on cars.

“The issue about axing free travel is that it is effectively the Government trying to force TFL to balance its books by withdrawing opportunities for young people. Children and young people under 18 use their free travel for all sorts of reasons such as travelling to sporting events, cultural events, seeing friends and some will use it to go to work”

Cllr Roberts also pointed out that the policy was ‘thoroughly debunked’ by the very study, titled ‘On The Buses’, which the Government had used to provide policy justification for the cut, quoting the conclusion that; “Universal free bus travel for young people is a cost effective contributor to social inclusion and potentially for increasing sustainable transport in the long term.”

He concluded by adding “Why am I raising this, because the young people of this borough don’t have a voice in this. They rely on the adults in the room to do the adult thing, and the adult thing to do is to protect the services on which they rely.”

Children are currently entitled to Oyster cards which give them free travel on bus services in the borough.

As a condition to the £1.6 billion bailout of Transport for London, the Government will suspend free travel for under-18s. The suspension is described as temporary, but no timescales have been announced.

The suspension of free travel is scheduled to come into force in September 2020.

Another condition means that over-60s are no longer to use their Freedom Passes to get free travel on TfL services before 0900hrs. The Disabled Freedom Pass is unaffected

Cllr Roberts tabled the below motion at the Full Council meeting:

Council calls on Government to withdraw their demands of TFL to suspend free travel for the under 18s and to alter the operational hours of the older persons freedom pass as stipulated in the conditions of the emergency funding package. 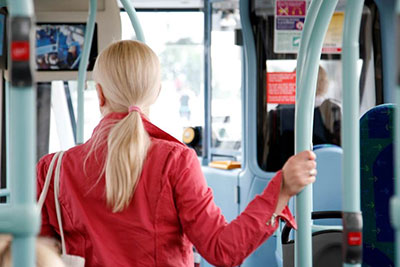