Council calls on communities to throw street parties to mark the 75th anniversary of the end of the war in Europe.

Known as VE Day – or Victory in Europe Day – the commemoration marks the penultimate chapter in the Second World War when fighting against Nazi Germany came to an end.

And this year’s spectacle is set to be one of the largest yet after the first May bank holiday was put back by four days for the whole of the UK to coincide with VE Day.

May Day is traditionally held on a Monday but will now be staged on Friday, May 8 – creating a bumper three-day weekend.

Richmond Council issued a rallying call for communities across the borough to hold their own street parties, reminiscent of the celebrations that took place 75 years earlier.

The Council has agreed to waive the cost of closing roads on Friday 8, Saturday 9 and Sunday 10 May. This includes the cost of the statutory adverts required to make drivers aware. Neighbours and resident groups will only have to find the cost of hiring road closed signage.

In addition, for those residents holding a street party, the Council is keen to encourage organisers to consider supporting #OperationPicnic – a campaign from local charity The Poppy Factory – aimed at raising money for 100 veterans.

The Poppy Factory support men and women who have typically been out of the Armed Forces for over ten years. Many experience additional barriers to employment alongside their health conditions.

The deadline for Street Party applications is Thursday 2 April 2020.

"Families across Richmond upon Thames will have been touched by the Second World War and this 75th anniversary of VE Day is a special moment for us to come together, remember the courageous sacrifice of the fallen and celebrate, as people did at the time, the arrival of peace in Europe."

"We are hoping that people will have parties in their streets like those that took place on VE day. As a Council, we will look to support those wishing to hold these sort of parties."

"Anything like this where the community gets to come together and remember family members or people who lived on their road who made the ultimate sacrifice during that terrible conflict has our support."

"I would also like to ask street party organisers to consider supporting the Poppy Factory #OperationPicnic campaign. Thousands of men and women continue to fight for our country and the Poppy Factory does an important job to help them when they leave the forces."

View VE Day street parties for more information about organising a street party or to apply. 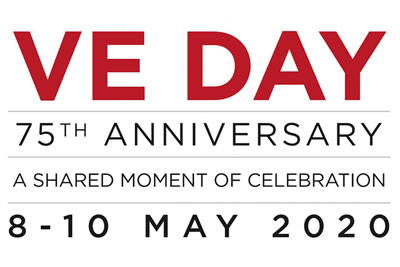