The decision from the Planning Inspectorate on its review of two legal challenges regarding aspects of the Richmond upon Thames Local Plan, has been published today.

The decision from the Planning Inspectorate on its review of two legal challenges regarding aspects of the Richmond upon Thames Local Plan, has been published today.

The Local Plan sets out the priorities for the future development of land in the borough and is used for making decisions on planning applications.

It was formally adopted by the Council in July 2018 but was then subject to two legal challenges. The first was in respect of the designation of part of the garden at the former St Michael’s Convent in Ham as Other Open Land of Townscape Importance (OOLTI). The other was in respect of the non-designation of Udney Park Playing Fields in Teddington as Local Green Space (LGS).

It is a legislative requirement that before a Local Plan is adopted, it is examined by the Planning Inspectorate on behalf of the Secretary of State to ensure the Plan is ‘sound’ and legally compliant. The Planning Inspectorate is an executive agency of the Ministry of Housing, Communities and Local Government. As part of an examination of a Local Plan, an Inspector considers evidence, and representations by interested parties including the local community, landowners and developers. An Inspector will suggest any modifications that are needed to make a plan sound and legally compliant.

In 2017, the original Inspector referenced amendments to only part of the garden at the former Ham Convent as an OOLTI designation but did not make this clear as a modification. Therefore, following adoption of the Plan, the developer of the Convent site challenged the decision.

In addition, the original Planning Inspector concluded that the Udney Park Playing fields did not warrant an official planning designation as a Local Green Space. A resident acting on behalf of a local community group challenged this outcome.

Orders from the Planning Court, received in 2018 and 2019, required that these two issues had to be looked at again. Now, after a full and thorough review of these two sites within the Local Plan, and a further public consultation on each of these two matters, a second Inspector has recommended that the disputed section of the garden at St Michael’s Convent should be included as OOLTI, and that Udney Park Playing Fields does warrant the LGS designation. Thus, overturning the original Planning Inspector’s conclusions.

As a result of this outcome, it will be recommended to Full Council on 3rd March to adopt the Plan with respect to these two matters to reflect the second Inspector’s conclusions. Once the adoption has been agreed by the Council meeting, the amended Local Plan will be considered in future planning decisions regarding the sites.

“I very much welcome the Inspector’s careful analysis of the issues and support for the Council’s view of the importance of these two sites and the appropriate designation for them.” 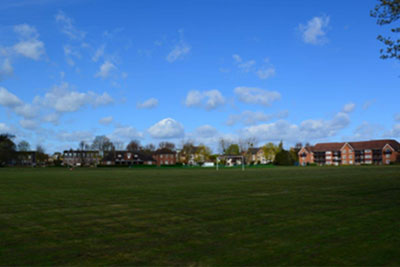