If you are unable to work as a result of testing positive for Coronavirus, or have been told to self-isolate by the NHS, you might be eligible for a one-off £500 payment.

Last week, the Government announced a new payment for people in England on a means-tested benefit and a low income, who are advised by NHS Test and Trace to self-isolate but who are unable to work from home.

According to Government guidance, in order to be eligible for this new £500 payment:

The new payment will be administered by local authorities and will apply to those who start to self-isolate from 28 September 2020 onwards.

“The introduction of the £500 self-isolation payment is designed for those people on a low-income, who can evidence that they are unable to work from home.

“As a reminder, if you are contacted about self-isolating or if you have a positive COVID-19 test result, you have a duty to self-isolate and there are financial penalties for those who don’t adhere to this. Employers must also ensure that they do not knowingly enable their staff to break the law on self-isolation.”

Local authorities have been asked to start making payments by 12 October. Those who started to self-isolate from 28 September can get payments backdated.

There is also a legal obligation on employers that they must not knowingly enable or encourage their employees to break the law on self-isolation.

From 28 September the Government introduced a new duty on people to self-isolate if someone tests positive or is identified as a contact by NHS Test and Trace, with penalties for those breaking the rules. This includes fines on a sliding scale from £1,000 up to a maximum of £10,000 for multiple breaches. 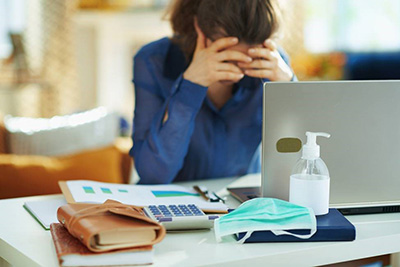