The Leader of Richmond Council has warned residents not to be fooled by the glossy consultation on the future of Heathrow.

The public can also have their say on plans to manage the environmental impacts of expansion, including a proposed Heathrow Ultra Low Emissions Zone, Heathrow Vehicle Access Charge and a proposed 6.5-hour ban on scheduled night flights.

“This consultation is huge. Presenting the public with boxes and boxes of impenetrable information. However, one thing is clear to anyone who reads it – millions of people are going to be impacted by these proposals. There will be disruption for many years. There will be massive amounts of construction, homes will be demolished and there will be 700 additional flights every day.

“We still believe that bolting an airport the size of Gatwick into an airport which already blights more people with noise and poor air quality than any other airport in Europe is frankly absurd.

“The Government is being utterly hypocritical by talking about how committed it is about climate change and air quality one day, then supporting airport expansion at Heathrow on the next.

“Residents should rightly be appalled that the needs of the aviation business and business travellers are being put before health and wellbeing of our communities who will be trapped beneath Heathrow’s toxic fall out.

“I urge anyone concerned about the expansion to state their objections loudly and clearly in their responses to the consultation.”

Residents can have their say on the consultation website. There are also two local events:

Following the High Court's decision on 1 May 2019 to dismiss the legal challenge brought by four London councils and others, expert legal opinion has been sought as to whether there are any grounds to appeal this decision. An application for permission to appeal has been made to the Court on behalf of Richmond Council and other local authorities involved in the original legal challenge - it is supported by Greenpeace and the Mayor of London. 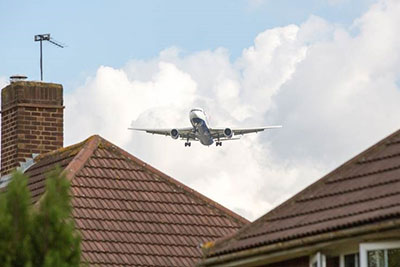