Additional civil enforcement officers are to be recruited to help administer the borough’s parking and anti-idling rules.

Last night, Monday 22 July 2019, the Transport and Air Quality Committee approved the plan, which will see up to 18 extra officers deployed around the borough’s growing number of Controlled Parking Zones (CPZs), as well as at our six level crossings and outside schools.

The new CEOs will ensure that the borough’s parking and idling rules are upheld. It underlines the commitment of this council to improving road safety and air quality for Richmond residents. Where possible we will target areas of most concern, particularly around schools and other hotspots, where residents have told us they are most needed.

CPZs have benefits in reducing the amount of commuter traffic, prioritising resident parking and encouraging the use of vehicles that produce low CO2 emissions. Meanwhile, research also suggests one minute of engine idling emits the equivalent of 150 balloons of toxic fumes into the air.

"We are serious about making this borough a cleaner, healthier place to live by improving air quality. Our new CEOs will be focusing their efforts around areas of the borough we believe can benefit most from their efforts."

"Residents support this commitment, they want to live in a borough which prioritises healthy air. That is why we have a suite of initiatives from investing in cycle infrastructure and electric vehicles, to combatting harm caused by engine idle, and trying to reduce the reliance on cars and encourage more sustainable modes of transport. And this new investment will be an important part of that commitment."

If you support the Council’s efforts to combat vehicle engine idling, and make Richmond upon Thames an idle-free borough add your name to the pledge at www.richmond.gov.uk/idle_free. 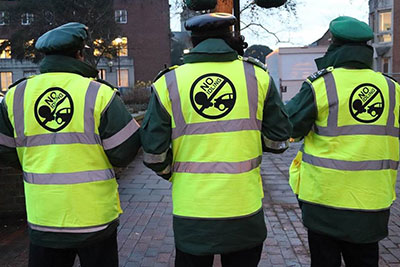