In 2013 nearly 60,000 Richmond residents made their voice heard regarding the future of Heathrow. The results were presented to the Government to demonstrate that any further expansion of Heathrow Airport is not acceptable to the majority of people in West London. 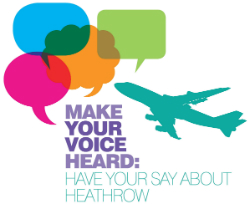 Between 22 April and 16 May 2013, residents from Richmond and Hillingdon boroughs were invited to cast their vote on two questions.

140,516 votes were received in total, which represented an overall turnout of 41%.

The results show that an overwhelming majority of residents in both boroughs (72%) are against a third runway and 73% do not want to see any more flights in or out of the airport. That is over 100,000 people saying ‘No’ to both questions.